When I started the premature project back in the summer, my aim was to raise awareness about the issues associated with pre term birth. Having a premature baby can be a lonesome journey and you can feel quite dis-connected from other parents who have not shared the same experience. Those overwhelming feelings of fear and anxiety, I hope when you read this, will be replaced with hope, understanding and the feeling that you are not alone. If you know someone who’s had/having a premature baby, please read the stories and reach out to them with a listening ear and any support you are able to give. I promise it will make a huge difference.

According to UK charity Bliss, 54,000 babies are born prematurely – before 37 weeks gestation – in this country every year. The earlier a baby is born, the higher the risk is of them developing problems or becoming seriously ill.

As I was photographing my lovely volunteer families, they shared their stories with me and completely wore their hearts on their sleeves for this project. (You can read Harrison’s story here and Alfie’s story here) As they did, I thought, so should I. So here’s my little contribution.

Written by her mum, Janni.

It was Wednesday afternoon when we had our last scan and it was my last day at work on the Friday and I was looking forward to a month or so of maternity leave, before our little one was due to arrive. After the scan we saw a consultant and he told us to pack our stuff come into hospital two days later to get induced and to be vigilant about monitoring the baby’s movements. The diagnosis was intrauterine growth restriction (IUGR), also know as fetal growth restriction (FGR). A condition where the baby’s growth slows down or stops during pregnancy. I was 35 weeks pregnant so it didn’t sound so bad in premature terms, but the problem was, that the baby had stopped growing weeks ago.

The consultant told us that the baby had gone into “reserve mode” and that it was so clever that the few nutrients it received from my failing placenta was being put towards the head and the heart to avoid disaster.

“Such a clever baby” I thought at the same time as “I’ve failed this baby, what do they mean failing placenta, I did everything right???!” The guilt was quickly replaced by an almost detached feeling and going into preparation mode for the next two days. I rang work the next morning and said I wouldn’t be coming in again, I cleaned the house, I stocked up on preemie baby clothes and sped read the section in the baby books about premature babies, I went for a last minute reflexology session to calm my nerves (But just bawled my eyes out for an hour to my poor therapist). I wasn’t at all mentally ready to have a baby I said, I’m supposed to have another month! I raced around but I don’t regret that actually. It felt like it was the only thing I could control at that moment in time. In the back of my mind was the fear that the baby would come out ok or not, I was counting kicks and movements constantly.

I was induced on the Friday night at midnight and on the Sunday afternoon I gave birth to a perfect little girl and we called her Florence. She was whisked off after a few minutes. She weighed 4lb 7 (good size by preemie standards!) and we stayed in NICU (Neonatal Intensive Care Unit) for 10 days.  She had a huge head and a tiny skinny wrinkly body but she was perfect to us. 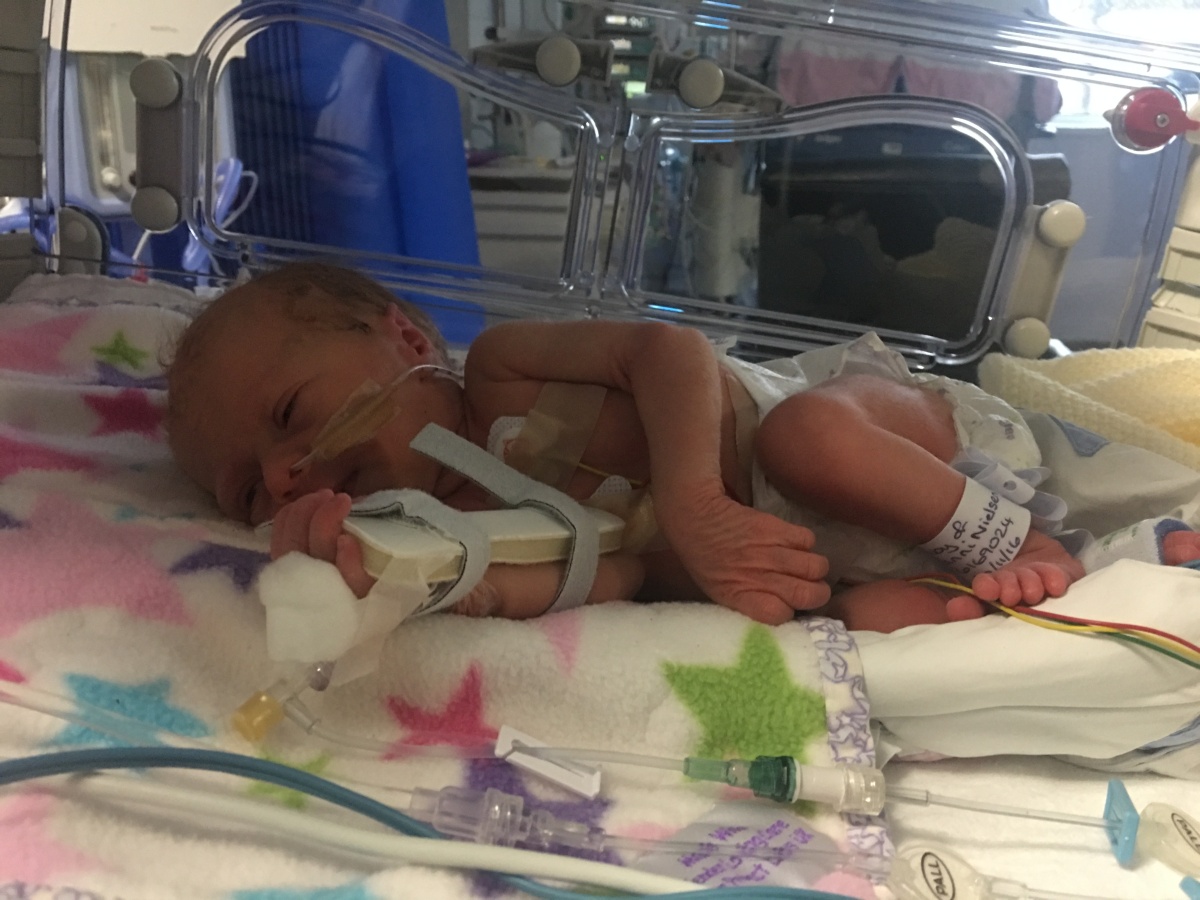 We learned to feed her through a tube in her nose (Nasogastric feeding), how to fill in feeding charts, expressing charts, weight charts, label bottles like a pro, meticulously sterilising everything and rigorously washing our hands! Again and again, over and over. The smallest amount of weight gain was a good news day.

She was too little and tired to latch so I was expressing every hour to an hour and a half around the clock, whilst trying to get as much skin to skin time in between. Sleep was pretty non existent. My husband stayed next to me on a chair for the duration, he would insist I wore ear plugs to try and sleep and he would stay awake and wake me when Florence needing her next meal. He didn’t sleep at all and only went home for a shower every few days and was straight back after even then. I honestly don’t think I could have done it without him and his never fading commitment, support and not one complaint.

After a few delaying tactics by a few bouts of jaundice, we returned home and we were over the moon, but months of anxiety followed. Florence lost weight (how can this be, I thought, all that feeding, pumping and effort?) and didn’t get back to her birth weight until she was 4 weeks old. It was a constant battle to get her to feed from me but after 3 months she started to thrive, spent longer feeding from me and gaining good weight. I remember when she hit the 5lb mark, we were so happy, it had taken so much hard work from all three of us to get there. She remained at the 2nd percentile (If a child’s weight is at the 2nd percentile line, that means that out of 100 normal children her age, 98 will be bigger than she is and 1 smaller) for 7 months. 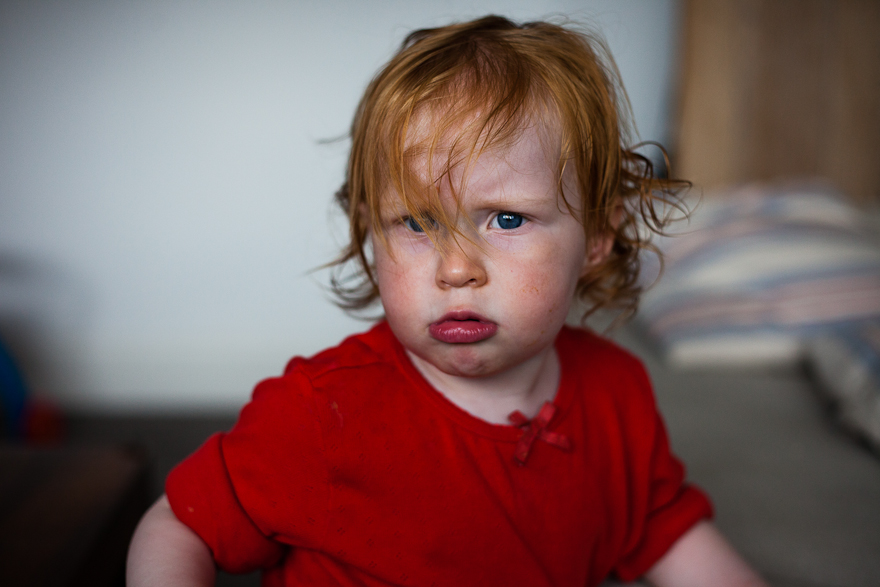 Florence is two now and like any other two year old has started to explore the word NO! and the tantrums are steadily a feature in our household. Although it is slightly frustrating at times, most of the time I feel the awesome strength in her little tantrum-ing body and I smile inside. She’s here to stay. And not quietly.

Sign up to my newsletter for recent shoots, availability, discounts and offers and more…